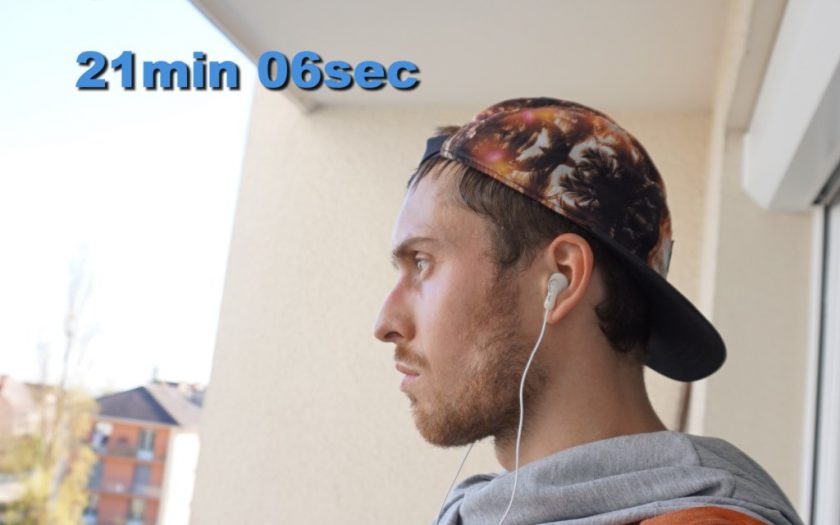 I am halfway through my challenge! I find it hard to realize that it’s been 6 months since I became vegan… (in fact, it’s been 5 months because I started with 1 month of vegetarianism but to simplify I rounded up to 6 months of veganism). I still learned a lot. I had some difficulties, and that’s where it gets interesting, because it’s the best way for me to learn.

I remind you that my goal is not to switch back to an omnivorous diet after a year, the title is simply the name given to my adventure of trying to increase my muscle mass and my physical performance during one year after my change of diet .

Not a lot of changes in the plate, I wanted to see the effects of a typical diet that I can follow every day. Having understood the big basics of vegan sports diet (see my challenge ), I told myself that it was time to try something stable, which hardly changes in terms of food and of quantities.

I think it’s essential to keep the same guideline for a certain period, at least that’s how I can know how I react, depending on the contributions I give to my body. If the effects are beneficial, I keep the same functioning. If I don’t like the effects, I modify a few parameters (by adding or subtracting one or more foods for example).

In short, 3 full meals with no refined sugar, very little salt, a diet of 90% raw (unprocessed products) and 1 to two snacks per day: one after training (in the afternoon ) and one in the middle of the morning if I feel the need (more intense day for example).

As usual, I don’t count my calories and rely on two things: my feelings and my mirror. And I could see that the diet is quite well adapted.

I also had much better energy and greater muscle, nervous and cellular recovery during the first month, especially thanks to a vegan food supplement that I was able to try, the Phytostart from Salvia Nutrition . The second month was more complicated but it was not due to the diet, I will talk about that just below.

As I said above, I had some difficulties during the 2nd month, and more specifically the last two weeks. I was really tired, and I understood why it happened. It turns out that in the second month, I did increase the intensity, volume and amount of training. It exhausted me, a bit muscularly but especially nervous system level. 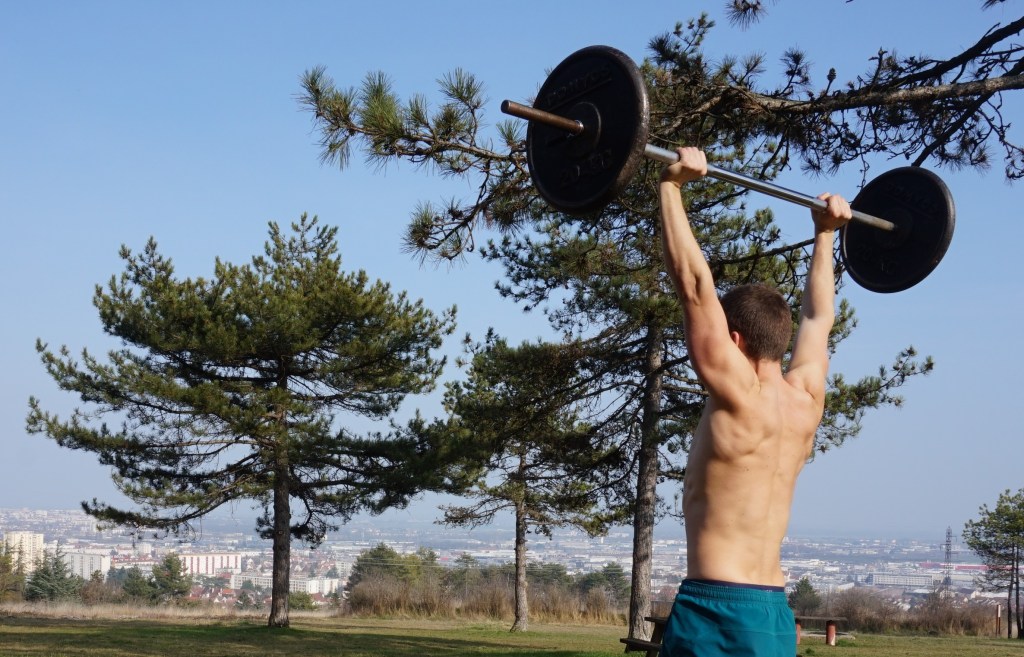 I worked on fairly heavy loads (half of the heavy exercises with sets of 8 reps, and 10 reps on the rest). This in itself is not necessarily tiring, but this intensity combined with a higher amount of training (cardio / technique training in the morning and weight training in the afternoon) as well as a higher volume of work (6 workouts per week) gradually brought me to a nervous saturation.

Which resulted in physical fatigue, difficulty keeping pace with workouts, increased need to sleep and more difficulty performing physical tests (this is elsewhere why I could not take my performances on the muscle up and the bench press).

In the future, I will know better how to define my limits and when to take it easy.

In the “current performance” column, the performances marked in green are improvements over the previous performance ( see previous physical tests ), those in red are decreases, and those that remain in black are stagnations.

Force tests – 1rm (maximum load carried out on a repetition)

I am quite satisfied with the results of the physical tests, except on the shoulder press and the handstand push up. Being both shoulder exercises, I can tell that I really need to include more of it in my workouts to kickstart progress.

In terms of the photos, I can clearly say that I have better muscle definition and more muscle mass, which can be seen on the abs from the front or the biceps / shoulders / pecs in profile.

But muscle mass gain is not the only cause of this better visual appearance since I have lost 600g in the last two months, and therefore inevitably fat mass. The results are therefore very encouraging!

The mind and the anecdotes

Over the past 6 months, my mind has gradually strengthened. Veganism helps me a lot to gain motivation. By having become vegan and by having launched this challenge, I train to progress in order to reach my goals, and I want to reach my goals to fight against clichés that persist… Which is an infinite source of determinism.

The fact of doing something in an uncommon way requires somewhere to be more motivated than the average. Indeed, if we want to prove that we can succeed without following the standard model one must necessarily get involved much more and have a much higher motivation, because there are many more people who do not believe in it.

At least that’s how it’s been for me.

But sometimes, of course, I’m less motivated. When that happens, I remember why I challenged myself. I became vegan based on personal convictions, but I took on this challenge for animals and preconceived ideas.

I’m not saying that I will necessarily succeed in this challenge, that I will achieve all of my goals, but I will put everything in place to not fail. Each kilo added to the bar, each workout completed to the end, each plate filled with foods that correspond to my values ​​are steps that allow me to change mentalities.

Seeing that the result is positive, I began to consider creating a bodybuilding program with nutritional advice for vegetarians / vegan, to help as many people as possible achieve their goals. In the meantime, you can always download my free guide to get started.

See you in two months for the rest of the adventure.