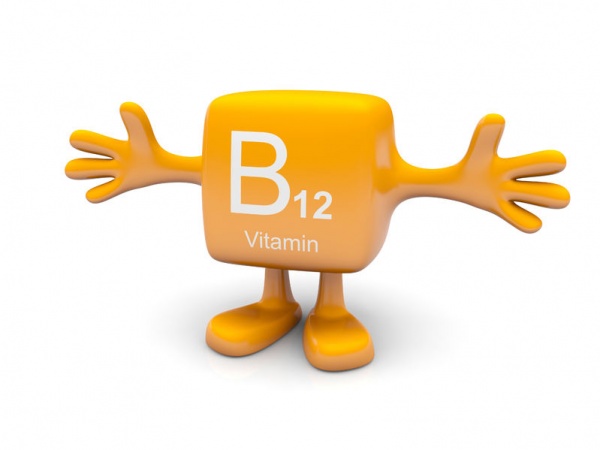 If you are a vegetarian or vegan, you have a 99% chance of having heard of vitamin B12 at least once, and that’s good. This is the nutrient to really watch out for when moving to vegetarianism / veganism, and we’ll see why. Vitamin B12 deficiencies are numerous and much more serious than a simple drop in athletic performance: weakness, nausea, memory loss, dementia, neurological damage …

So what is the link between consumption and exercise and what are the best sources of vitamin B12 as part of a vegetarian / vegan diet?

Why consume vitamin B12

Vitamin B12 has several roles in the body, including brain function, nervous system, DNA synthesis, cell division and formation, fatty acid synthesis and energy production. Keep in mind that B12 is essential in the normal functioning of the body.

The aim of this article is therefore not really to understand what a sports diet enriched with B12 will allow but to understand what are the links between a balanced vegetarian / vegan diet (therefore with Recommended Daily Allowances ( AJR) in B12 respected) and sport.

As we have seen previously, B12 has a great impact on the functioning of the entire nervous system. It turns out that the nervous system is mainly recruited in the practice of strength sports. B12 will be involved in the constitution of the myelin sheath, the protective covering of the nerves which will increase the speed of propagation of the nerve impulse, and therefore nerve conduction.

It is also important for neurotransmitters and in muscle contraction, which will also influence strength gains. 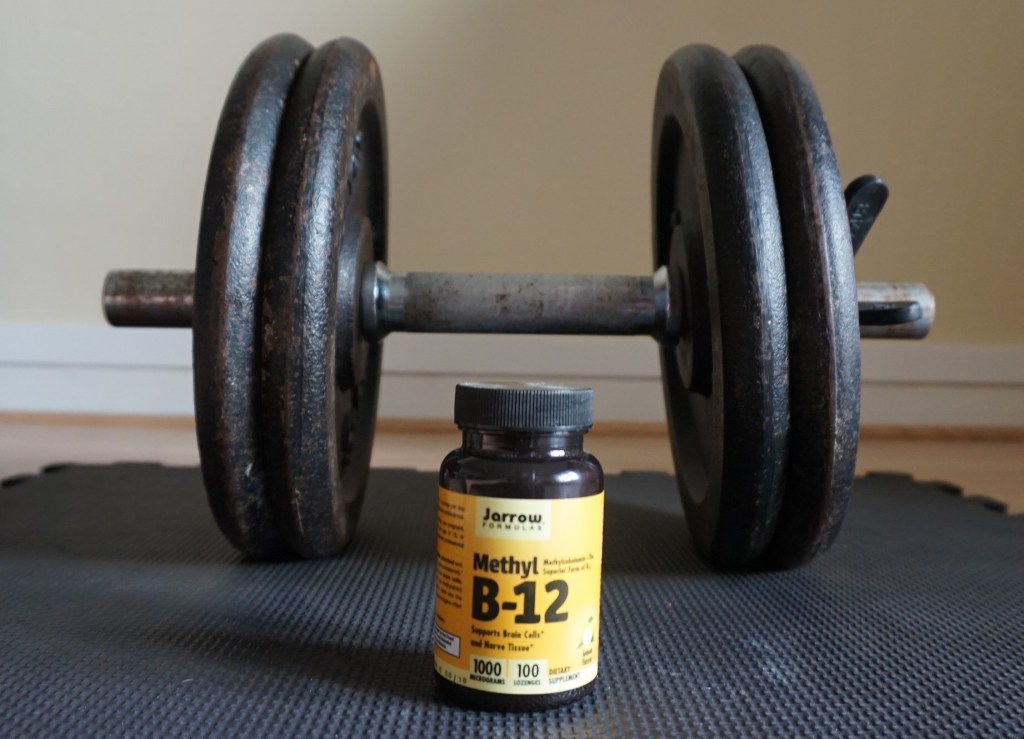 Vitamin B12 has an influence in lipolysis (the use of fat as a source of energy). This therefore means that for an athlete who wants to lose body fat , B12 is essential. In addition, it will indirectly improve visual muscle rendering thanks to this loss of fat mass, like omega 3 .

To improve endurance and gain muscle

B12 will have a function of assimilating carbohydrates, which are the main source of energy during sports activity. It will also play a role in the production of red blood cells which carry oxygen. It will therefore, like fer , allow oxygen to be transported to the muscles. Endurance is therefore improved by vitamin B12. 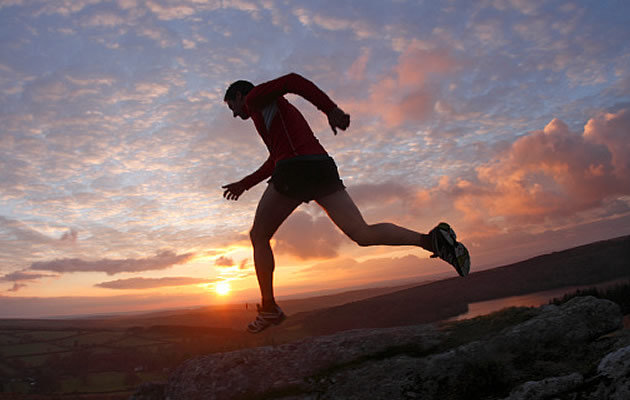 The best sources of vitamin B12 for a vegetarian / vegan athlete

With a classic omnivorous diet, it is not difficult to achieve the RDI for B12 (3mcg / day) because the animals eaten contain it. They contain it either because they are self-sufficient and can produce it themselves (in the case of herbivores), or because they have been supplemented in their diet.

When you decide to switch to a vegetarian or vegan diet, you must understand that the diet will not cover your B12 needs. If you are a vegetarian, you have access with eggs and dairy products, but it still seems quite difficult to reach the RDI, except in the case of heavy consumption of these products daily.

Some studies tend to say that it is also possible to reach the RDI without supplementation with a vegan diet, via more or less enriched plant sources but I advise you not to take risks and to supplement. The risks are too great and the studies too recent. 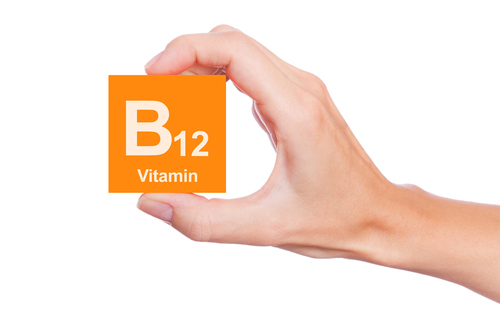 The best sources of vitamin B12

Whether you are vegetarian or vegan, athletic or not, we will therefore only talk about supplements. Indeed, certain foods that appear to be rich in B12 (brewer’s yeast, sprouted seeds, tempeh, spirulina) are actually composed of an analogous form of B12, inactive in the body.

It also appears that these RDI, set at 3 mcg / day, should be scaled up as many of us have assimilation issues. In addition, only part of the B12 ingested would be usable, the rest being eliminated in the urine.

Finally, it also seems that consuming B12 in very high proportions does not have serious effects on health, apart from possible excessive acne. So there would be no real fear if we go over the RDA. In fact, most of the supplements available come in much higher doses, up to 5,000 mcg per dose.

Personally, I currently use methylcobalamin tablets (the form that appears to be the most interesting for the body) that I buy on Amazon :

One lozenge contains 1000 mcg, but this is the norm for most lozenges. The good thing about it is that it’s vegan. I personally take 2 a week, and I am waiting for my first blood results to see if my B12 level is within the norm. If you have the means, you can take one lozenge per day, since as we have seen previously overdose is almost impossible.

There is another fairly well-known form, cyanocobolamine, but it seems that it is less well absorbed because it undergoes several stages of transformation before being active in the body. There are not only lozenges but other forms of supplementation exist, such as ampoules, sprays … You just have to find the form that suits you best, and refer to your analysis results according to your needs. .

Attention, I have turned to the blood test usually prescribed by the doctor but I recently learned that this one is much less effective than the MMA urine test, so I advise you to turn to this, to be done once a year.

Increase the assimilation of vitamin B12:

Group B vitamins are best absorbed during meals, so you can take your B12 with your meals if possible (lozenges). More particularly vitamin B6, which is found in dulse (seaweed), pistachios, chickpeas, seeds, nuts, bananas, sesame seeds, sunflower seeds …

Vitamin B12 is therefore not to be taken lightly, deficiencies can be serious and treacherous because they occur after a long time.

Of course, it depends on each one but I think it is better to be safe than sorry by supplementing, especially bearing in mind that overdose is almost impossible . If you like this article, I invite you to share it on Facebook with vegetarian / vegan athletes !